On Saturday, 22 May we did the longest and straightest shots with the youngsters using their seven irons and we saw some great shots. In the first class Carter walked away with the honours while Jordan and Ethan were tied for second

Ethan and Jordan receiving their prizes from Neil 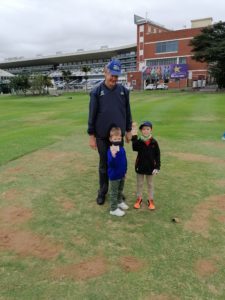 Carter receiving his prize from Neil 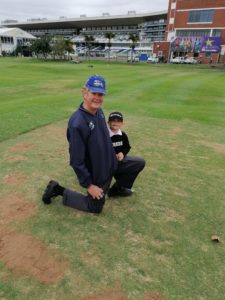 Here we see Matt with the winning shot 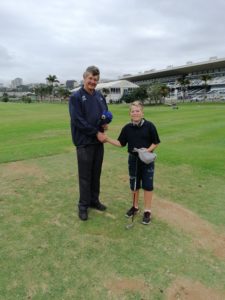 And Matt, the winner of the second class also receiving his prize from Neil 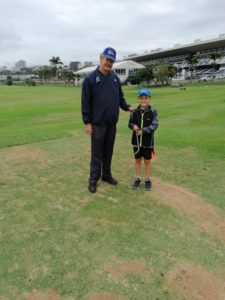 On Saturday, 29 May we set up two targets for the youngsters to aim at, the first target was 24 metres away and the second target was 62 metres away. Again we saw some great shots and it Jackson at his first golf lesson who won first prize with Carter second and Connor third 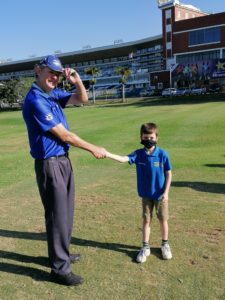 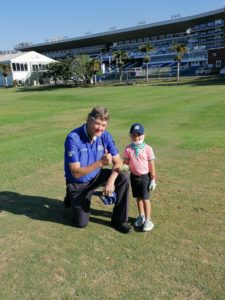 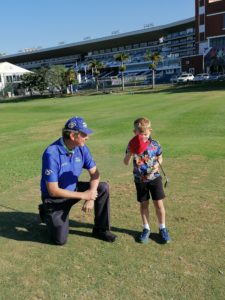 For the second class there were two nearest the pin prizes, one for each target but before we tell you who the winners were a special presentation was made by long standing Royal Durban Golf Club member Bill Purcell who presented one of our new youngsters, Thapelo, with his own set of golf clubs. On behalf of Thapelo, 1st218 would like to thank you very much Bill for your generous donation

Thapelo with his Mom, Nana, and Bill Purcell 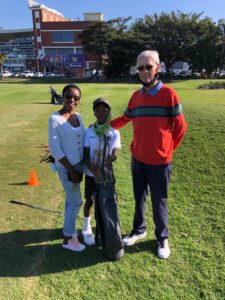 Mikey and Jared receiving their prizes from yours truly 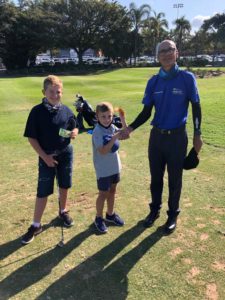 When a youngster wins a prize he is required to make a speech, here are Mikey and Jared with their speeches