Saturday, June 05 dawned bright and clear but unfortunately the days building up to the weekend saw around 100mls of rain dumped onto the golf course leaving it pretty wet. The only part of the course that was unaffected was the practice green so we did chipping and putting. The youngsters chipped to the first hole followed by an uphill putt and a downhill putt. There was no “money round” for the first class but we did see some good chipping and putting including a few chip ins

The second class we made things a little tougher by giving the youngsters a longer uphill putt. When it came to the “money round” each youngster had to chip and putt to one hole so we toughened it up a bit. The youngsters were given a 35 meter chip to the hole and sink the putt in as few shots as possible. Mikey won with a great chip and putt and Elijah was second with a good chip and two putts 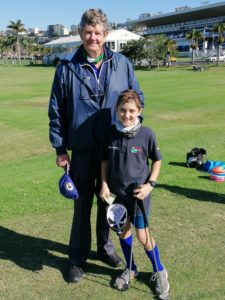 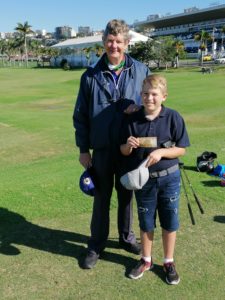