08 May saw Neil help the youngsters with their putting. Neil used stainless steel mirrors so the youngsters could could see their eyes over the ball when they’re putting. Having your eyes over the ball is key when putting so you can see the line properly. He also gave a very good visual of what clubs are used most by lying the driver, a few irons and the putter down with golf balls 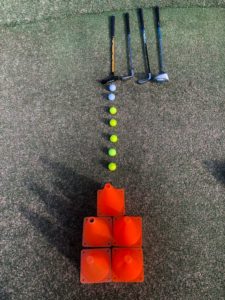 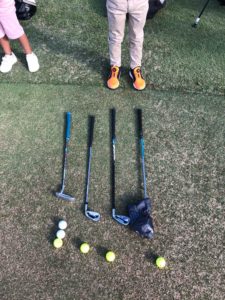 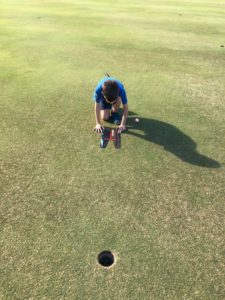 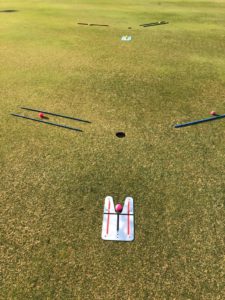 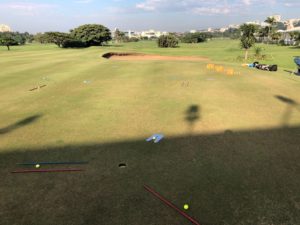 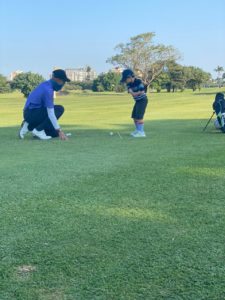 On 15 May we did the bump and run, we had two targets, a long for a long and a short shot and some great shots were played. In the first class the youngsters were really getting the feel of how hard to hit the ball 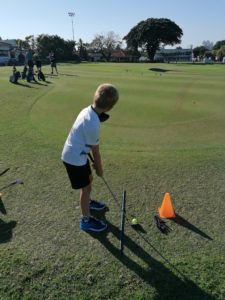