We did chipping on Saturday morning and and welcomed back Yunal back into the 1st218 fold after an absence of two years. The youngsters were asked to chip into a small circle Neil and I had laid out on the green and they played some great shots. When the competition round arrived it was Yunal who took the honors in the first class and Ethan, for the third time in four weeks, who walked away with the prize in the second class 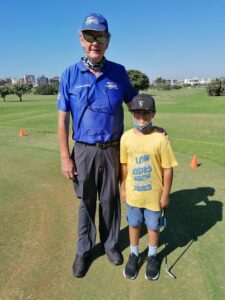 Yunal receiving his prize from Neil 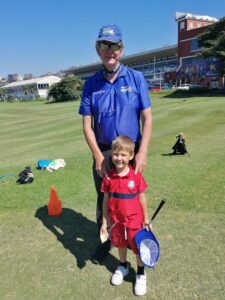 Ethan, for the third time in four weeks, receiving his prize from Neil

Carter, who came to 1st218 for about 2 years, and a few weeks ago was invited to play in World Qualifiers in Johannesburg for SA Kids Golf, had a great game at Maritzburg Golf Club yesterday finishing second in his age category. Well done Carter 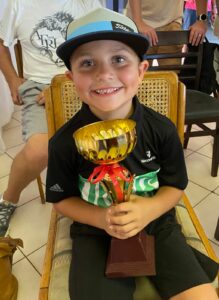 Carter with his trophy