On Saturday, 26 February we had a pitching competition for both classes. The youngsters hit some great pitches and it was Jayceon who took the prize in the first class and Ethan who, for the second week in a row, came out on top in the second class 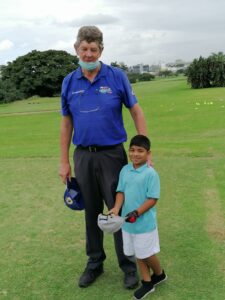 Jayceon receiving his prize from Neil 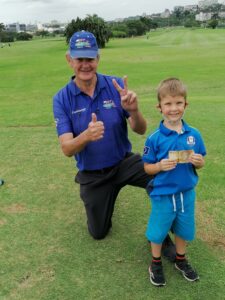 On Saturday, 05 March we had a putting refresher where we went over alignment, how to line up properly and how to line up your ball to the target. Daniel, the youngest of our future stars won the first class while Jordan won the second class 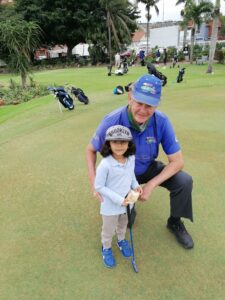 Winner of the first class, Daniel, receiving his prize from Neil 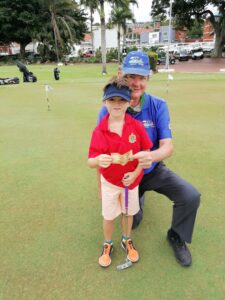 Winner of the second class, Jordan, receiving his prize from Neil