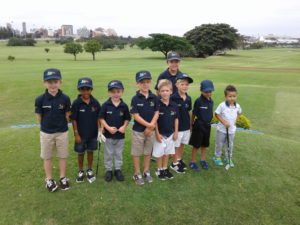 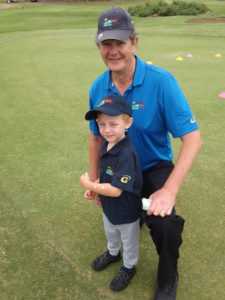 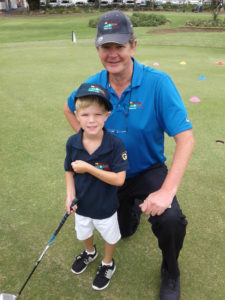 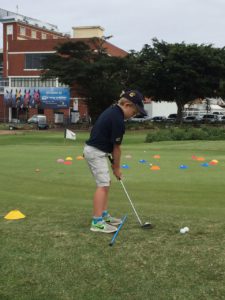 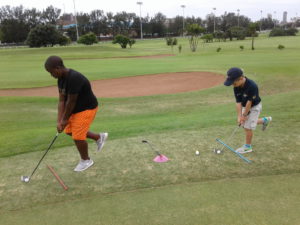 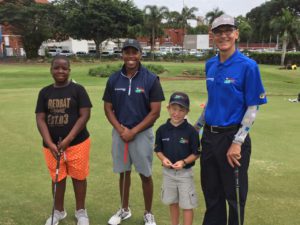 Although we cover all aspects of playing golf our primary focus is on the short game. When you look at the stats, this is where the game is won or lost, a Pro will miss four out of eighteen greens in a round and still break par. How does he do this?, by having a great short game, the ability to get up and down from around the green whether he or she is in a bunker, in the rough or on the fringe. The only way to develop a good short game is practice, there are no shortcuts. A common sight on the practice range are golfers pounding ball after ball with their driver, hitting a few irons, packing their clubs in the car boot and going home. Most short game practice takes place about fifteen minutes before tee off time when a golfer will stroke – in most cases hit – a few putts and maybe hit a chip or two

Jared won the first lesson chipping competition and Quade was second, while Siyabonga won the second class with Mikey a close second