On Saturday morning the first class hit irons and the second class played the practice fairway where six youngsters teed it up including five year old Carter who has come up from the first class. The practice fairway from tee to green is about 175 metres and the green which sits at a slight angle to the fairway has a bush and bunker on the left, and a big tree and rough on the right and at the back. Most of the youngsters used their drivers except Mikey who hits a long ball and used a seven iron. When the hole was completed by all six youngsters, Mikey, Carter and Ashton were tied on six so to decide a winner we had a chip off on the practice green. The chip off was won by Ashton with Carter second and Mikey third. Mikey made a wonderful speech welcoming Carter to the second class and complimenting him on how well he played despite being with boys twice his age 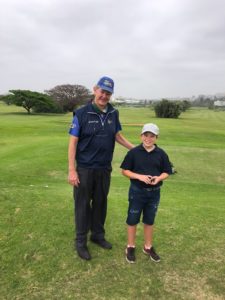 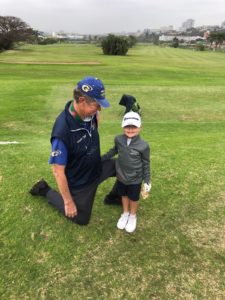 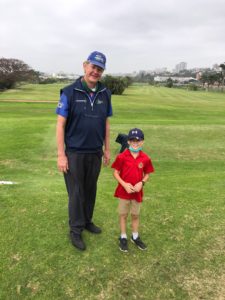