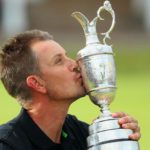 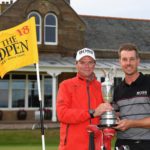 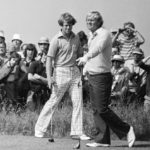 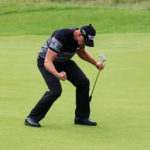 There are very few superlatives that can describe Henrik Stenson’s final round 63 at Royal Troon on Sunday afternoon or the duel between him and Phil Mickelson as the Swede won his first major by 3 shots. Spare a thought too for Phil, a five time major champion and 2013 Open winner, who fired a bogey free 65 and who’s 17 under total would have got him into at least a play off in 141 of the 145 Opens. Jack Nicklaus said that Mickelson played one of the best rounds he’d ever seen at an Open, “Henrik Stenson just played better”. Jack also believes Sundays head to head was better than the 1977 “Duel in the Sun” at Turnberry when Tom Watson who shot 65 beat him by 1.

Stenson three putted the 1st for a bogey 5 while Phil made birdie to go 1 ahead but Stenson bounced back with birdies on 2, 3 and 4 and Phil eagled the par 5 4th. A further birdie on 6 for Phil and birdies at 6 and 8 for Stenson and they were both out in 32, but as they say, it’s the back 9 on Sunday is where it all happens. They both started the business end of the Championship with birdies to go to 5 under on the day then Stenson bogeyed 11 but came back with birdies on 14, 15 and 16 which included a monster putt on 15. Phil also birdied the par 5 16th – from a foot out his eagle putt looked like it was going to drop – but when it stayed out you could almost sense his race was run. On 18 Stenson drilled his trusty 3 wood 18 inches short of Norman’s Bunker, followed it up with a great wedge to 20 feet and rolled in the putt for a birdie and a fantastic round of 8 under par 63 and the Claret Jug.

The intense focus of both men and the magnificence of the ball striking was an absolute joy to watch, neither man was prepared to lie down, and in a great victory speech where Stenson thanked Mickelson for a “Great fight” he also paid tribute to his great friend Mike Gerbich who passed away from cancer on the Wednesday ahead of the Championship. Well done Gentlemen and thank you for a great exhibition of golf