Like the First Class, the Second Class also played the hole as we had set it out. We saw some great shots off the tee and also into the green with one of the youngsters hitting his drive onto the front edge of the green. Unfortunately he hit his bump and run in the teeth and the ball flew over the green into the rough behind the green and that is one of the reasons Neil and I focus so much on the short game. As someone once said “Amateurs practice until they get it right, Pro’s practice until they can’t get it wrong”

Matt getting his prize from Neil 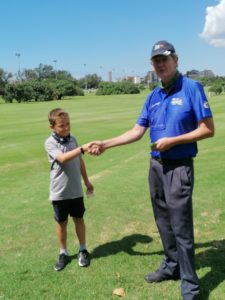 Quade getting second prize from Neil 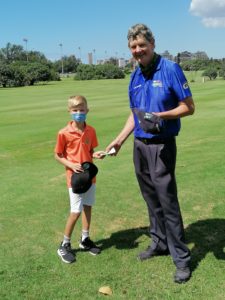 Andrew getting third prize from Neil 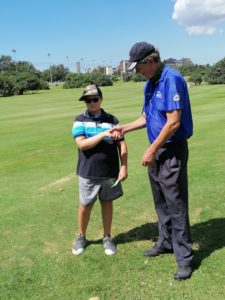